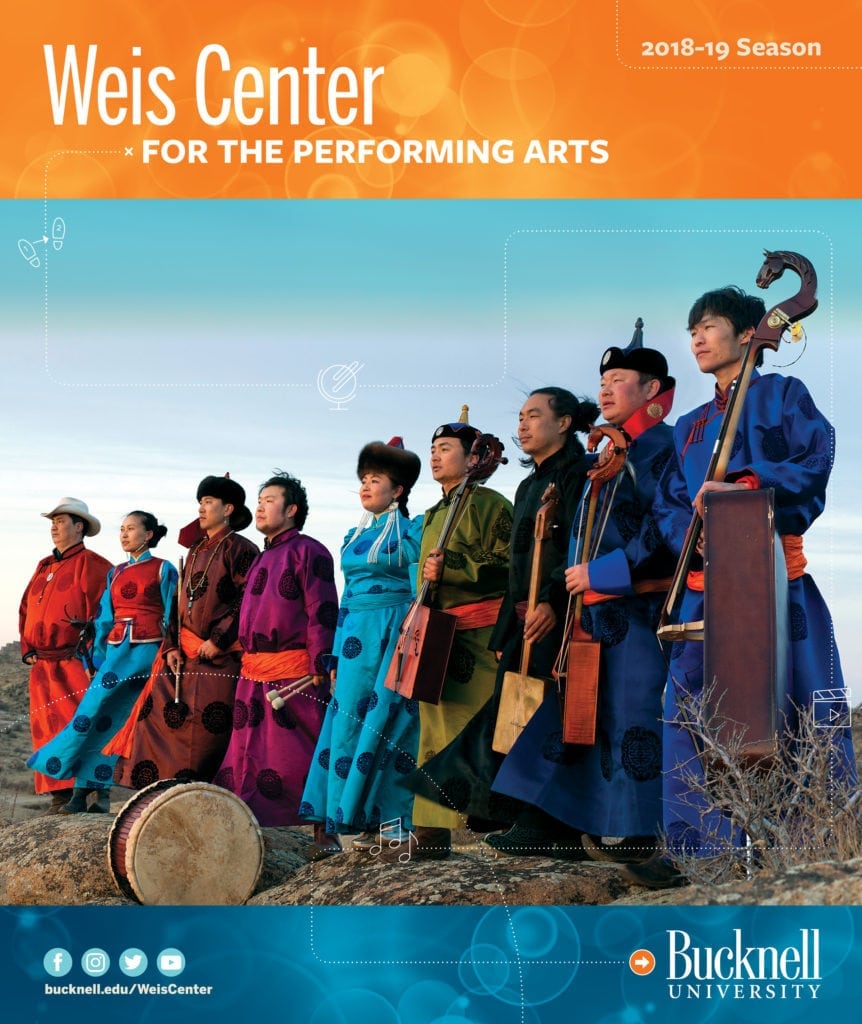 The 2018-19 season at the Weis Center for the Performing Arts at Bucknell University will include nearly 40 professional performances – including world music from Egypt, Spain, Africa, China, Japan, Mexico, Mongolia, Denmark and Sweden, plus classical music, modern dance from two acclaimed companies, world dance from India and Spain, Americana and folk, jazz, and family-friendly performances. Ten performances are free.

Performances begin in late August 2018 and continue through May 2019; all performances are at 7:30 p.m. unless otherwise noted.

The season will kick-off with a free outdoor concert on the Weis Center Plaza by Banda Magda on Thursday, August 23 at 6 p.m. The ensemble seamlessly moves from South American rhythms with jazz improvisation, to mid-century classics and even tunes sung in six languages.

Highlights of the season include: 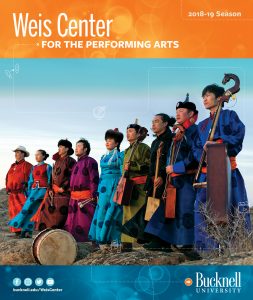 Hardcopies are also available at the Weis Center and throughout the Susquehanna River Valley region, including Visitors Bureaus and public libraries.

To request a hardcopy brochure, contact Lisa Leighton, marketing and outreach director, at 570-577-3727 or e-mail Lisa.Leighton@bucknell.edu and one will be mailed at no cost.

Grant funding for the season includes Arts Midwest, Center Stage a State Department initiative, Mid Atlantic Arts Foundation, National Endowment for the Arts, and the Pennsylvania Council on the Arts.

The majority of Weis Center tickets range in price from $20 to $35 for adults, with discounts available for subscribers (5 or more events), senior citizens, college students, groups and youth.

Subscribers have priority seating until Monday, August 13 at noon.

Beginning on Friday, Aug. 17, at 10 a.m., non-subscribers may order single tickets for any Weis Center season performance at Bucknell.edu/BoxOffice or by calling 570-577-1000.

Tickets will also be available in-person from several locations including the Weis Center lobby weekdays 10 a.m. to 4 p.m. and the CAP Center Box Office, located on the ground floor of the Elaine Langone Center, weekdays, 10 a.m. to 4 p.m.