Of the nearly 14,000 authentic wooden covered bridges that once existed in the United States, less than 900 remain. Over the years, many covered bridges have been destroyed by fire, flooding, or vandalism. The majority of the 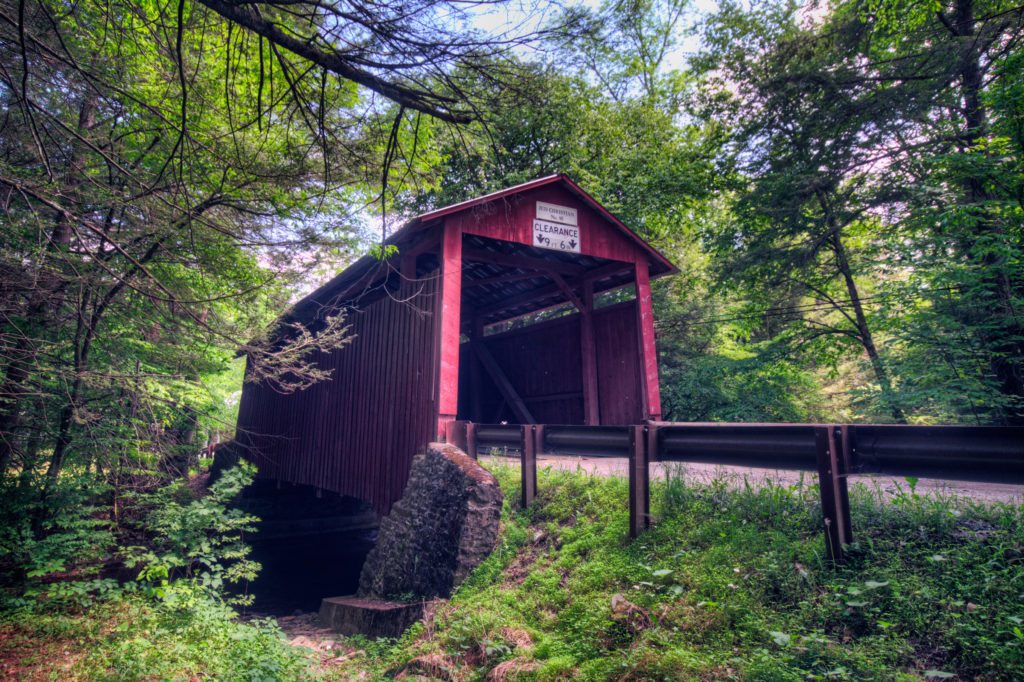 others simply collapsed due to age and disrepair, and some were torn down to make way for newer iron bridges.

Pennsylvania is the state with the most covered bridges remaining in the country, with approximately 200 bridges. Columbia and Montour counties are home to the towns of Benton, Berwick, Bloomsburg, and Danville – not to mention 25 of the state’s total covered bridges. This places the counties as having the third highest number of bridges in the entire United States, only behind Parke County, Indiana and Lancaster County, Pennsylvania!

Why Were Bridges Covered?

Many reasons are suggested for covering bridges. One generally accepted reason is protection from weather and wood rot in order to make sure the bridges lasted longer. Sides and roofs protected the beams and timbers that served as key bridge supports. Less exposure to adverse weather conditions meant the bridges would hold up much better year after year.

From an engineer’s viewpoint, adding a roof to a bridge added stability and strengthened the entire structure. A more romantic utilization of covered bridges was as a location for courting couples to meet. Covered bridges are also known as “kissing bridges” for that very reason!

- From “The Old Covered Bridge” by Doug Frederick

Despite roofs and sides playing an important role in preserving key support beams, the earliest winters with covered bridges brought another challenge.  In the latter part of the nineteenth century and the early twentieth century, workers would be paid to shovel snow onto bridge floors to enable winter horse and sleigh traffic. If the rest of the roads in the area were snow-covered, travelers would have utilized a horse-drawn sleigh in lieu of the traditional carriage to get around. Without snow covering the floorboards of the bridges, crossing them in a sleigh would otherwise have been extremely difficult.

A past resident of the area, Donald L. Diseroad, recalled his father using a rented horse and sleigh in the early 1900's to complete his rural mail route when the roads were snow covered. He also noted that in the late 1800's, his grandfather John Diseroad worked odd jobs throughout the year. One of his odd jobs in the winter was shoveling snow down on the bridge floors.

Planning to Visit the Bridges? 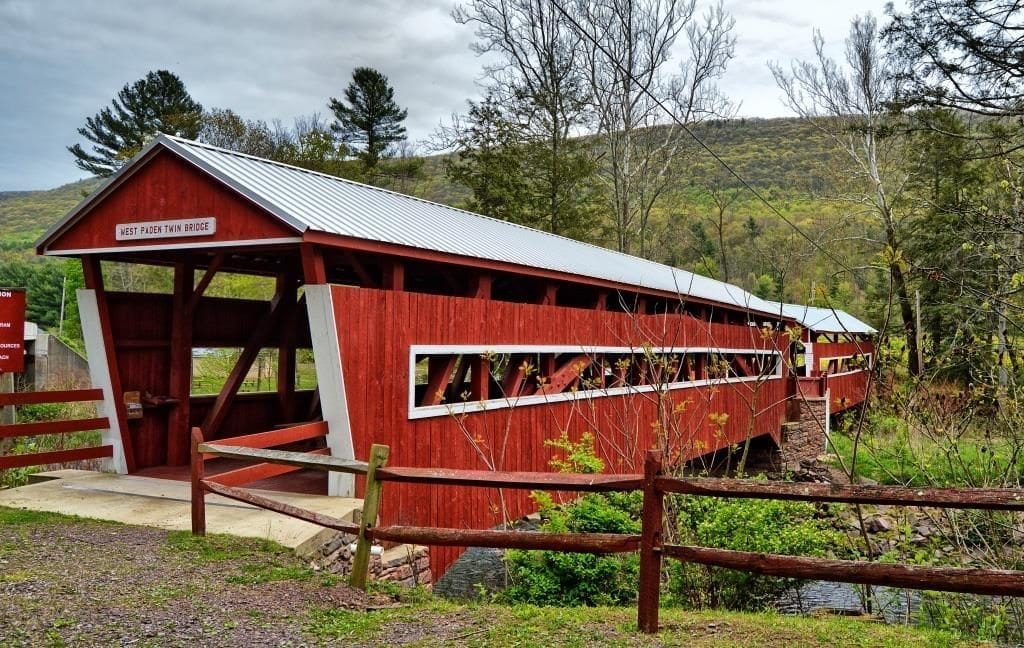 If you are planning to visit our iconic covered bridges, your first step would be to obtain our free Covered Bridges of Columbia and Montour Counties brochure and driving map. This comprehensive publication includes all 25 area covered bridges, including a detailed driving map and turn-by- turn directions. The brochure will take you on a historical and educational journey along our scenic back roads to visit the beloved bridges. To get your free copy, visit our “Request a Brochure” page or by stopping in to the Visitors Bureau Welcome Center (121 Papermill Road, Bloomsburg). You can elect to complete the entire driving tour or just go out and visit a few of the bridges. Venture out at your own pace and enjoy the beauty of the surrounding landscape and covered bridges. You may also elect to sign up for our brand-new mobile Covered Bridge Passport (details below), and you'll be ready to hit the trail in no time!

At the same time, plan to make a weekend out of your visit.  There are plenty of wonderful things to see in do in the rest of the county, including stunning fall foliage, State Parks, hiking, biking, river and lake sports, historical walking tours of the area towns, and much more.  Often, there are also special events and festivals happening every weekend throughout the region. For more information, please contact the Columbia Montour Visitors Bureau at 570-784-8279 or head over to our "Request a Brochure" page to get more information. We hope to see you soon! 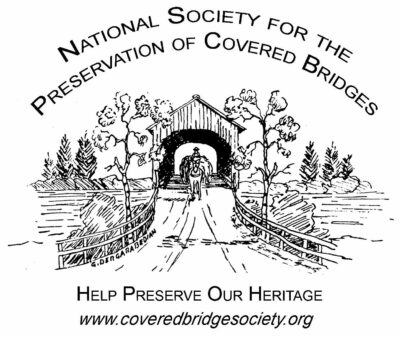 The 2022 Covered Bridge Passport program recently ended. Please stay tuned for details surrounding a 2023 iteration of the passport as a way of visiting our covered bridges and checking in using a mobile device.

Your visit has helped preservation efforts! In 2022, each bridge you checked in at on your passport journey helped support a renovation project at the Stillwater Covered Bridge as well as re-pointing repairs at the Shoemaker Covered Bridge. The passport check-in milestone of 1,000 visits was reached - THANK YOU to all who contributed via their digital check-ins! A special thanks to the National Society for the Preservation of Covered Bridges (NSPCB) for partnering for this project. The NSPCB provided a $5,000 donation to support the Stillwater Bridge renovation project, matching the Columbia-Montour Visitors Bureau's pledge.

Want to enjoy a guided tour of several of the area's covered bridges this fall? Visit the area during next year's Covered Bridge & Arts Festival at the Bloomsburg Fairgrounds (October 5-8), and get tickets for a covered bridge bus tour! The tour will be led by a local resident step-on guide with extensive knowledge about the area's covered bridges. Tickets are $30 and last approximately 3 hours. Bus tours depart from and return back to the Festival.

Cost: $30 per seat
Approximate length of trip: 3 hours
Seating is limited and typically sells out early. Please make reservations as soon as possible. Pre-payment is required to book your seat. Tickets must be picked up at the CMVB info booth located at the entrance of Gate 3 (the main festival entry gate) at least 30 minutes prior to departure. Guests will board the bus at the Gate 2 entrance.  Buses are NOT handicap accessible. Please call 570-784-8279 to get signed up.

Can't get enough of our covered bridges? 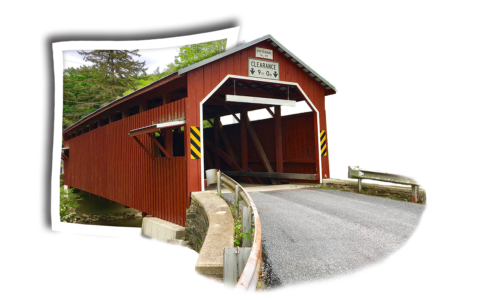 Each year, the Visitors Bureau holds a photo contest to produce a 550-piece puzzle featuring one of the area covered bridges. Limited-edition puzzles have been produced the past ten years and have featured the East & West Paden bridges (multiple times), the Knoebels Bridge, Keefer Mills Bridge, Esther Furnace Bridge, Stillwater Bridge, Josiah Hess Bridge, Rupert Bridge, Kramer Bridge, a special Twin Bridges 10th Anniversary Puzzle, and most recently, the Wanich Bridge.  The 2022 edition of the puzzle will be released this fall, and will be based on the winner of this year's photo contest.

Ben Prepelka’s snapshot of the Parr’s Mill Bridge in Columbia County was selected as this year’s overall winner. Born and raised in western Pennsylvania, Ben quickly discovered that his parents were passionate about travel, photography, painting and wildlife. As the youngest member of his family, Ben grew up exploring much of the state at a very early age. His photography focuses on that part of his youth, echoing the passion his parents had for the great outdoors. Now a Florida resident, Ben tries to make it back to Pennsylvania as often as he can.

Spanning the north branch of Roaring Creek, the Parr’s Mill Covered Bridge connects Franklin and Cleveland Townships in Columbia County. This Burr Truss arch span was built in 1865 by F.L. Shuman at a cost of $1,275. It is located four miles south of Catawissa on Parr's Mill Road, off Ashton Hollow Road, east of Pennsylvania Route 487. Named after Washington Parr, who purchased the nearby Willow Grove Grist Mill in 1875, the bridge and mill became known as Parr’s Mill Bridge and Parr’s Mill, respectively.

The Visitors Bureau is now taking pre-orders for the 2022 Parr’s Mill Covered Bridge puzzles – cost is $15, tax included. Puzzles are 550 pieces and supplies are limited. Individuals interested in pre-ordering a puzzle may click here to fill out the order form with a name, contact info, and number of puzzles requested. No payment will be taken at the time of pre-order. When the finished puzzles arrive (likely in September), those on the pre-order list will be contacted directly to arrange pickup or shipping plans. Afterward, any puzzles not reserved for pre-orders will be made available to the general public to purchase at the Visitors Bureau Welcome Center. 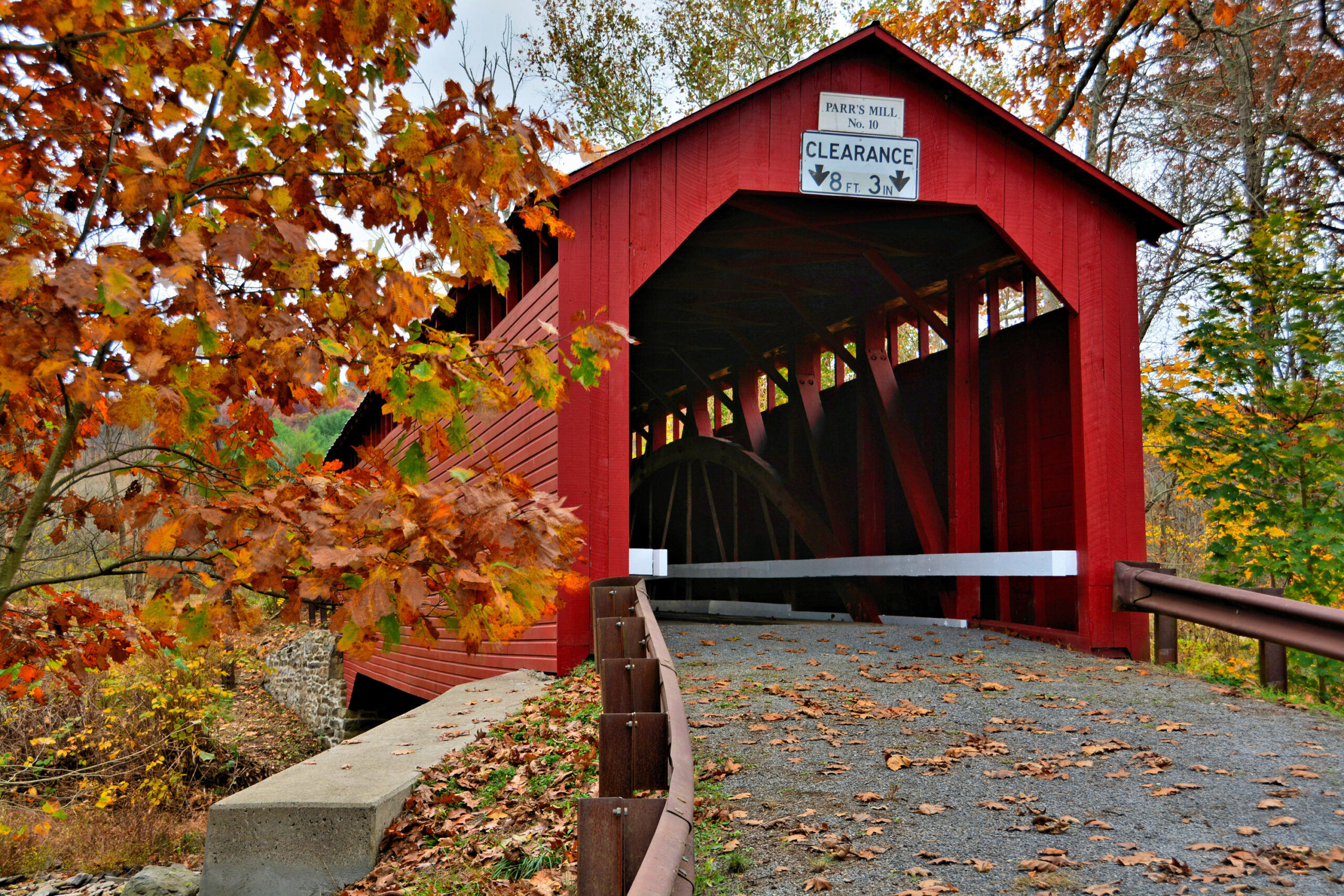 Bike the Back Roads & Discover our Covered Bridges

To create a cycling trip specifically with the covered bridges in mind, be sure to check out these great cycling route options!

Thanks to enthusiast Jared Fenstermacher for putting the routes together.