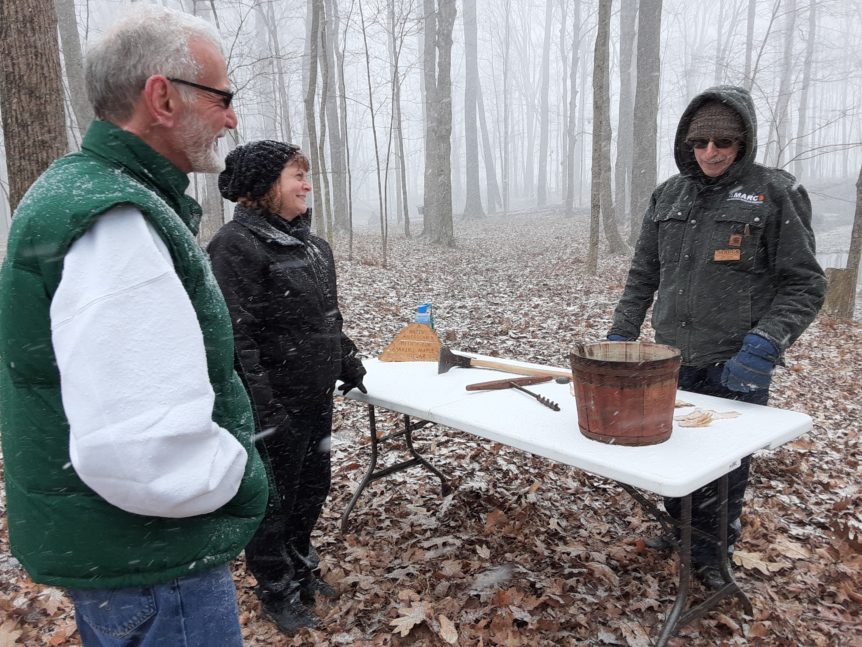 If you’re an outdoor enthusiast, you’ve probably visited Montour Preserve,  one of the jewels of outdoor recreation in the area. But do you remember a time before there was a Montour Preserve?

Back in 1967, when the local electric utility — then called Pennsylvania Power & Light Co. — announced that it would build a coal-fired power plant near Washingtonville in Montour County, the area was mostly farmland with a creek running through it. There was no Lake Chillisquaque and no Montour Preserve.

On June 5, 1967, then-PP&L President Jack Busby told the Rotary Club in nearby Danville that the power company planned to build two generating units on a site in Derry Township. It was the first PP&L power plant not built next to a body of water. Instead, the company piped the main supply of cooling water for the steam electricity generating units through a 12-mile-long pipeline from the Susquehanna River. For a backup cooling source, PP&L bought 2,800 acres adjacent to the plant site and built a dam on Chillisquaque Creek to form the 165-acre Lake Chillisquaque.

Ground was broken for Unit 1 at the power plant in 1968 and it began commercial operation in 1972. That same year, Lake Chillisquaque and its surrounding land opened to the public as Montour Preserve. The Preserve included a boat-launching ramp, two picnic areas and two scenic overlooks. The lake itself was stocked with game fish by the Pennsylvania Fish Commission. Only boats with electric motors were allowed on the lake, which continues today.

Today, the power plant is owned by Talen Energy, which leases the Montour Preserve to the Montour Area Recreation Commission. MARC has operated the Preserve since 2015.

Over the years, more than 10 miles of trails, an Environmental Education Center, pavilions and children’s play areas were added for the public’s enjoyment. During construction of the power plant, fossils dating from the Devonian Period around 395-million years ago were discovered. Today the Preserve’s Fossil Pit offers an opportunity for visitors to hunt for fossils of their own and keep their findings. Or, you can visit the Environmental Education Center to view the fossil displays there.

Generations of area kids will remember school trips to Montour Preserve to dig in the Fossil Pit, attend a nature program at the Environmental Education Center or take part in the annual maple-sugaring.

Cold nights and warm days mean the sap is running in the Preserve’s maple trees, and it’s time to head to the Sugar Shack to learn how to make maple syrup.

This year is the 47th year for the annual maple-sugaring program at the Preserve. The first event for this year, the annual pancake breakfast and maple-sugaring open house, took place on Feb. 29. Don’t worry if you missed it – there’s another opportunity to see the maple-sugaring demonstration on Saturday, March 14 from noon to 4 p.m. Learn more about the upcoming open house right here.

At the event you’ll learn some of the natural and cultural history of sugaring and follow the process from sap to syrup. Programs begin in the Environmental Education Center on the hour (noon, 1, 2 and 3 p.m.) with a speaker and a movie. Then you’ll take a short walk along the Goose Woods trail to the Sugar Shack.

One tip: Be sure to dress for the weather. When I was at the Feb. 29th event, it was blustery and there were occasional snow squalls. But the program was great. I was particularly interested in learning how to make a wooden “spile,” the tube that is inserted in the tree to collect the sap. Long before today’s metal spiles were invented, Native Americans used hollowed-out Sumac branches to drain sap from the maple trees.

On my way back to the Environmental Education Center, I met up with a local Cub Scout Pack and their leaders on the Goose Woods Trail. The Cubs were excitedly heading to the Sugar Shack. Of course, maybe the draw for the kids was the chance to sample the sugary syrup that was being cooked up in the Sugar Shack!