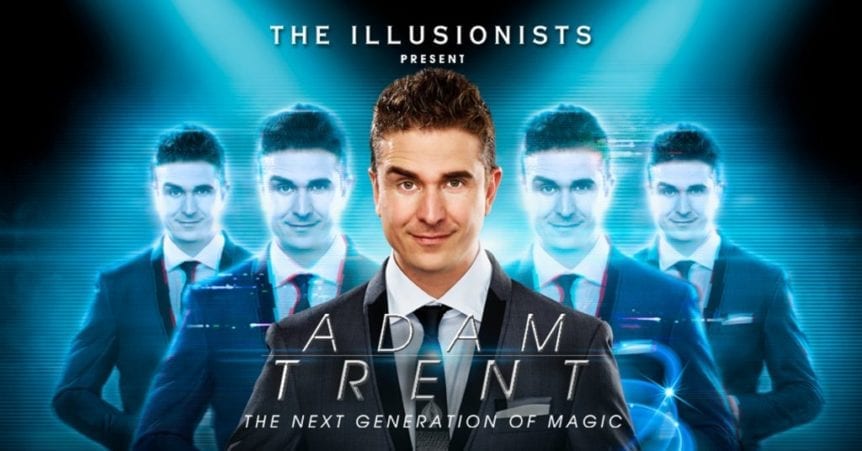 Looking to be “wowed” this weekend? This Saturday, November 18th, Broadway’s best-selling magic show, The Illusionists, returns with their newest production to where it all began…Bloomsburg University’s Celebrity Artist Series!  Produced by the creative team behind The Illusionists, the world’s best-selling magic show, The Illusionists Present Adam Trent, is an immersive entertainment extravaganza of magic, comedy and music designed to entertain the entire family.  Showcasing his “futuristic” brand of magic, Trent has mesmerized live audiences around the globe and as a featured guest on America’s Got Talent, The Today Show, Ellen, and countless other TV appearances.  The 31-year-old also stars in his own recently launched ten-episode TV series ‘The Road Trick’ on Red Bull TV.  The breakout star of The Illusionists, Trent has always believed that magic should be entertaining first and tricky second.  He doesn’t want people to remember “tricks” as much as the laughs and memories made with the performance.  Creative Producer Simon Painter says, “He has a knack for electrifying giant television and theatre audiences with his unique brand of magic.”  Yahoo! Entertainment reports, “If you are looking for the next big thing in Magic, look no further than Adam Trent.” The Illusionists sold out when it appeared here three years ago.

Remaining tickets are extremely limited and are available right here.  The show begins at 7:30 PM in Mitrani Hall on the Bloomsburg University campus. For more information, call the Celebrity Artist Series box office at 570-389-4409.