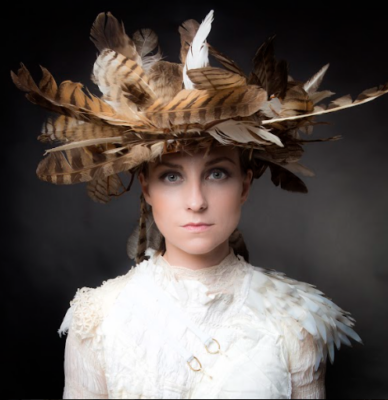 Julie Fowlis is a multi-award-winning Gaelic singer who is deeply influenced by her early upbringing in Scotland’s Outer Hebridean island of North Uist. With a career spanning five studio albums and numerous high profile collaborations, her “crystalline” and “intoxicating” vocals have enchanted audiences around the world.

Nominated as Folk Singer of the Year at the 2018 BBC Radio 2 Folk Awards, and Best Artist at the Songlines World Music Awards, Fowlis is an engaging live performer who has graced stages around the world, from village halls in the Highlands to Carnegie Hall in New York, from The Philharmonie de Paris to Shakespeare’s Globe in London. With performances at the World Festival of Sacred Music in Fez, Morocco, to collaborations with the BBC Concert Orchestra at the Proms in the Royal Albert Hall, London, Fowlis is in much demand as an exponent for her native traditions.

She will forever be recognized for singing the theme songs to Brave, Disney and Pixar’s Oscar-, Golden Globe- and BAFTA-winning animated film, set in the ancient highlands of Scotland. It was a worldwide smash hit, and the song “Touch the Sky” was long listed for an Oscar in 2013.

Over the years she has been nominated and won several BBC Radio 2 Folk Awards and Scottish Traditional Music Awards. She also made history as the first Gaelic solo artist to win a Scottish Music Award in December 2014. An artist with a genuine curiosity to explore other traditions and natural ability to cross genres, Fowlis has collaborated, recorded and performed with artists such as violin virtuoso Nicola Benedetti, Grammy Award-winning James Taylor and singing star Mary Chapin Carpenter. JulieFowlis.com