Fémina On Tour as Part of Center Stage (Argentinean Soul) 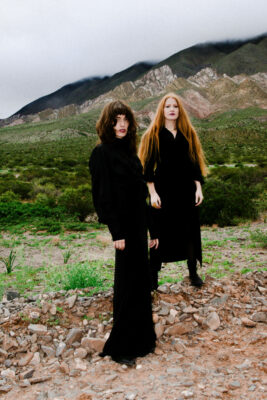 Presented by the Weis Center for the Performing Arts

The harmony-soaked vocals and electro-folk charisma of the Trucco sisters propels a new project by this acclaimed female-powered band and carries messages of equality and empowerment.

Lyrically poignant with hip-hop and Latin folk influences, Fémina is Argentine soul music with a purpose. Their unbounded sound and theatrical visuals are vehicles for ideas, a direct hotline to people’s emotions that opens them up to new ways of thinking. Their diverse songs are characterized by show-stopping harmonies and a magical on-stage chemistry that incorporates Latin American instruments and melodies.

A unique and thrilling combo, Fémina have toured the United States, Australia, Brazil, Mexico and Europe and have released three albums. Their breakout 2019 album, Perlas & Conchas, was produced by Quantic and championed by Iggy Pop.

Fémina is part of Center Stage, a public diplomacy initiative of the U.S. Department of State’s Bureau of Educational and Cultural Affairs with funding provided by the U.S. government, administered by the New England Foundation for the Arts in cooperation with the U.S. Regional Arts Organizations. General management is provided by Lisa Booth Management Inc.