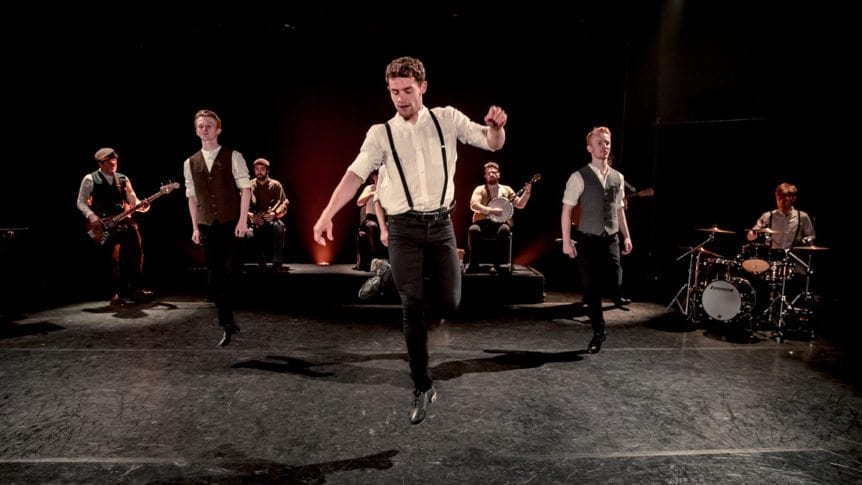 On Friday, March 2nd, don’t miss the Dublin Irish Dance at Haas Auditorium presented by the Celebrity Artist Series on the campus of Bloomsburg University. The show begins at 7:30 pm, and tickets can be purchased by clicking here.

Who would have predicted, when Riverdance exploded into world-wide popularity in 1995, that 22 years later audiences would still hunger for baroque-influenced traditional music combined with the spectacle of those rhythms thunderously pounded out by seemingly inexhaustable Irish dancers? Direct from Dublin, Ireland, Celebrity Artist Series will present Dublin Irish Dance. The Dublin Irish Dance company is vibrant troupe of world champion Irish step dancers, together with an eight-member traditional Irish band and vocalist, who have performed throughout the world with Riverdance, Michael Flatley’s Lord of the Dance, and Celtic Women. Producer/director Eric Cunningham and co-choreographers Ciarán Connolly and Alan Scariff with their all-star cast will bring to life in Mitrani Hall the epic tale of Celtic culture in a gala celebration of Irish music and dance. For the Irish and Irish at heart, this performance arrives just weeks before St. Patrick’s Day and recalls the rousing enjoyment from other great Celtic performers previously presented by Celebrity Artist Series.