Watermark: A Community Album of the 2011 Flood

An event every week that begins at 10:00 am on Monday and Friday, repeating until September 10, 2021 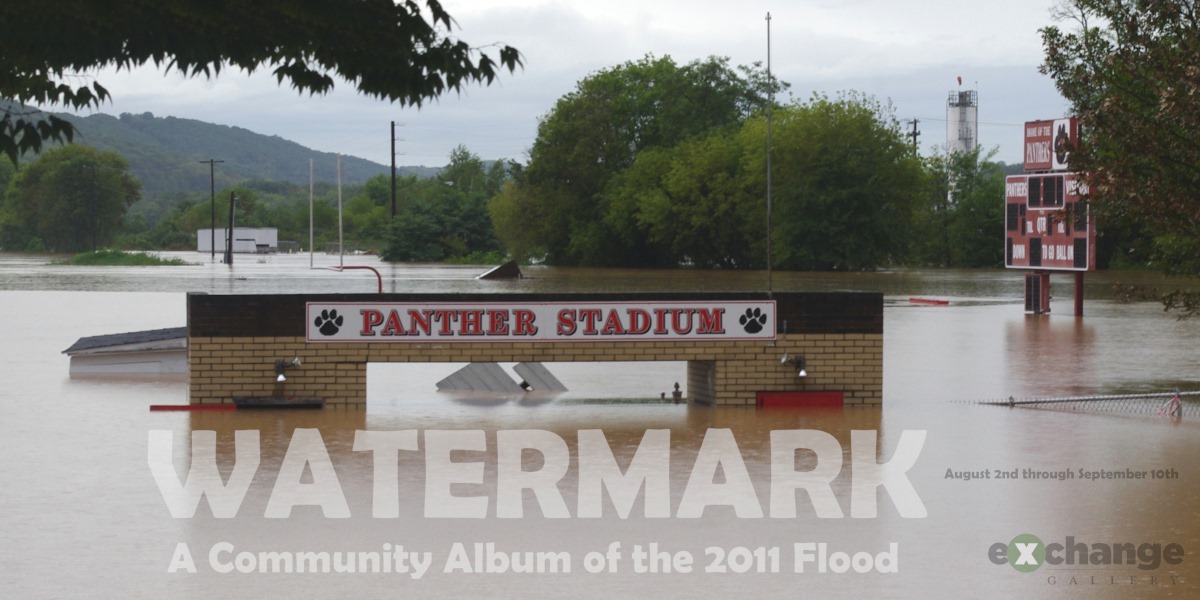 In September 2011, the worst flood in recorded history hit Bloomsburg. In the wake of Tropical Strom Lee that had come up from the Gulf of Mexico, dumping prodigious quantities of rain across eastern Pennsylvania, the gauge by the airport reported the Susquehanna River cresting at midday on Friday, the 9th, at 32.75 feet, a foot and a half higher than Agnes in 1972 (and 5/8″ higher than the 1904 crest, already forgotten in the subsequent years that Bloomsburg’s West End filled up with houses and buildings vulnerable to high water). Flow in the river peaked at more than 300,000 cubic feet per second; before the gauge at Charmond Road in Orangeville got swept away, it showed the flow on Fishing Creek at almost half as much, 140,000 cubic feet per second — more than a million gallons per second.

A quarter of Bloomsburg’s four square miles lay under water, no automobile traffic could enter or leave the town except by way of Route 487 to the north, Interstate 80 closed because of water covering the roadway, and destruction down the valley of Fishing Creek remains visible to this day.

For a history of the storm, visit weather.gov/ctp/TSLeeFlooding.

“Watermark: A Community Album of the 2011 Flood” features artwork and other memorabilia from anyone and everyone who lived through the event, anywhere in the Bloomsburg area.

“Watermark” will run at the Exchange Gallery from August 2nd through September 10th, 2021 — ten years and a day after the crest.