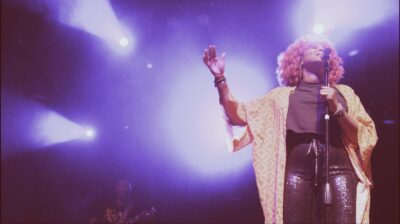 Mumu Fresh (also known as Maimouna Youssef ) is a GRAMMY-Nominated, Indigenous Music award-winning, Musical Ambassador for the US State Department, elected governor of The DC Chapter of The Recording Academy & an Ambassador of The Black Music Collective.

*Haze and strobe like lights may be used during this performance.